Alvaro Bautista finished what he started in 2019

You must have noticed: Thanks to Alvaro Bautista, Ducati celebrated its first title since Carlos Checa’s success in the 2011 season. Yesterday ended an eleven-year drought in the Superbike World Championship. That’s why, for once, today’s column is about the winner of the weekend and not about the loser.

In his fourth season of WSBK, Bautista achieved what was already within reach in 2019. This success was possible because, unlike his debut season in Superbikes, he made far fewer mistakes. And because he’s used his strengths so well that some of his detractors are desperate for new rules to keep up. 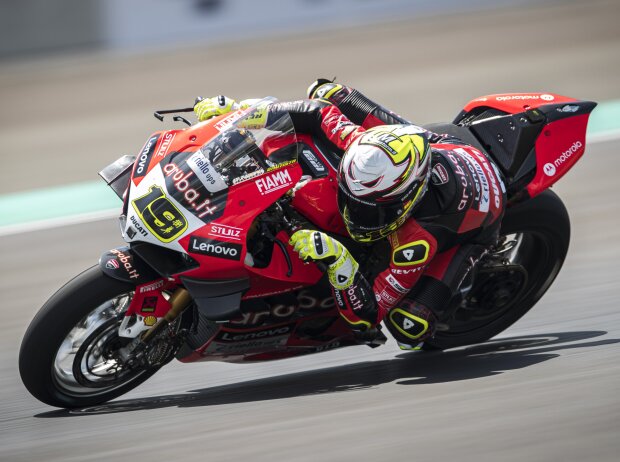 In particular, predecessor Scott Redding repeatedly touted the rule change related to Bautista’s light weight. I have a feeling that by 2024 at the latest those in charge will make changes to the current format to maintain the balance of the championship. But more on that later.

Nervous moments before the start of the second race

After his early title win, Bautista admitted that he first thought about the championship before the race (to the new champion’s reaction). He was able to hide these thoughts in previous races.

The world championship leader went into the race tense. He couldn’t concentrate as well when he got into the lead. But second place was more than enough to dethrone Toprak Razgatlioglu. 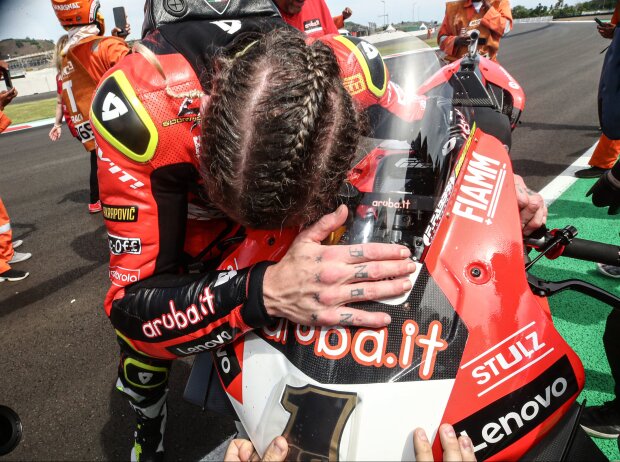 As the new world champion, Bautista follows in the footsteps of compatriot Carlos Checa, who secured Ducati’s last world title eleven years ago. Beginning with the 2012 WSBK season, Ducati was having a hard time. With the two-cylinder motorcycle, people lagged behind and sometimes fought with blunt weapons.

Ducati did not consistently take chances in the World Championship

But the dry season of the Italians was not to last so long. Chaz Davies has been in very good form in the 2016 season, winning more races than any other driver. With a little more consistency, Davies could certainly have won the title. But in the last two years with the V2 Panigale, it has not been so easy to break the dominance of Kawasaki. 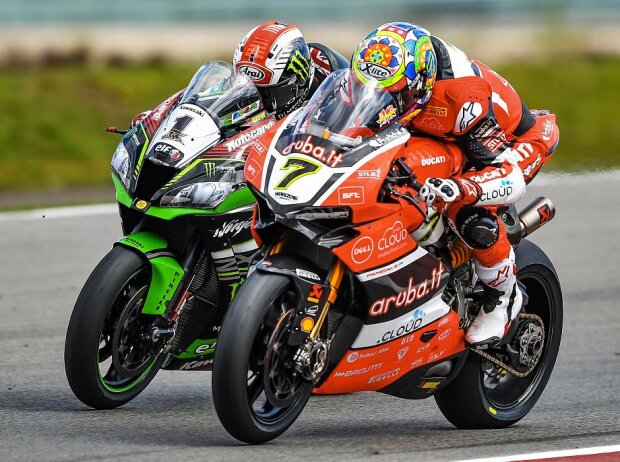 With the 1200cc twin, Ducati has reached the limit. The cult brand from Bologna decided to break its own traditions and took a lot of risks. From the 2019 WSBK season, a V4 engine based on the MotoGP model was used. Not all Ducati riders liked the move.

The move to the V4 concept is paying off for Ducati

The risky move to a V4 engine turned out to be the right one. In the fourth season with the Panigale V4R, the long-awaited World Championship success came after Ducati had been fighting for the title for three years. 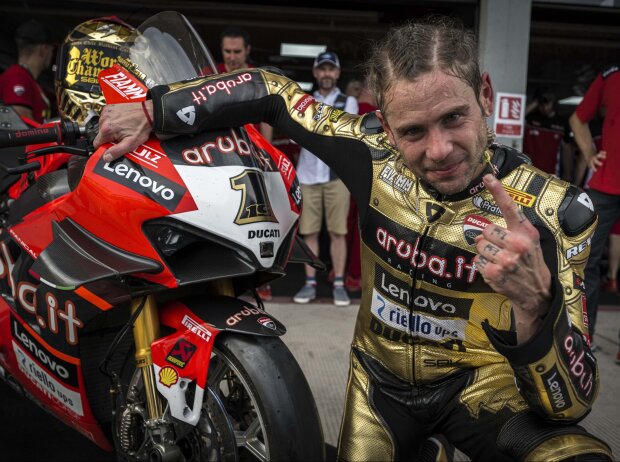 Bautista finished what he started in 2019. Of course, if it wasn’t for his obvious mistake in switching to Honda, the title could have come much sooner.

The combination of Bautista and the Ducati Panigale V4R is something truly special. Rarely in motorcycle history has there been such a magical connection. The ease with which Bautista was able to win races reminds me a bit of Jorge Lorenzo’s heyday when he was in perfect harmony with the Yamaha M1.

An act of desperation or a brilliant move?

To be honest, before the 2022 season I was a bit skeptical about Ducati’s performance and expectations for the new season. Technically, there were no major changes from 2021 to 2022. Scott Redding struggled in vain for two years and was always not enough in the fight for the world championship. 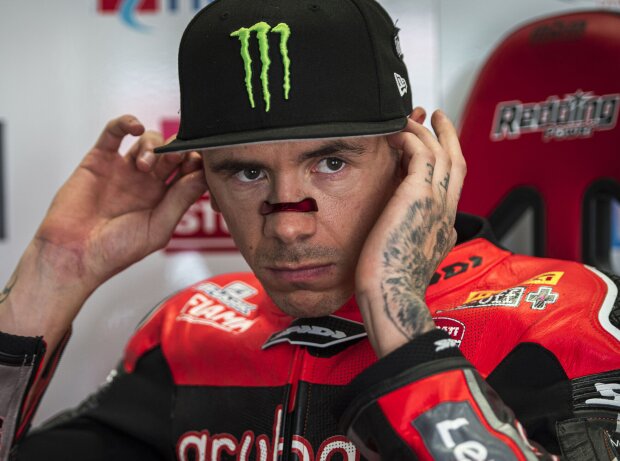 Sure, I thought Bautista was capable of winning on good days, but I thought it unlikely that the returned Ducati would be consistently at the front. I didn’t rate Bautista as a rider and Ducati as a bike consistent enough.

Bautista’s return was kind of a desperate move for me. Ducati brought the oldest rider from the entire WSBK field back to the factory team. A rider who wasn’t much better than his Honda teammate for two years and couldn’t win a race. I was skeptical that Bautista had the confidence that led him to so many wins at the start of the 2019 season. 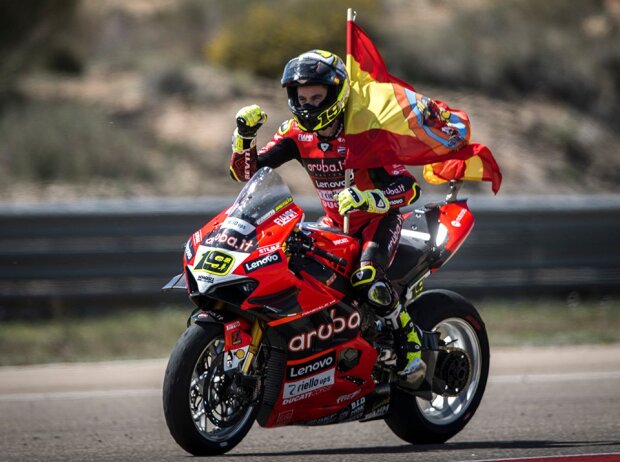 But already at the start of the season in Aragon, it turned out that my fears were unfounded. Bautista celebrated the first victory in Ducati’s comeback and was to take the championship lead a little later. Ducati’s risk paid off. Bautista had consistently good results and only made one mistake (Donington – Heat 1).

Ducati is not resting on its laurels

Next weekend, Bautista can ride without the pressure and try to end the season with wins at Phillip Island. But he is definitely already looking at the upcoming season with one eye. Ducati will compete with the revised Panigale V4R in the 2023 season. After four years, there is a new homologation model. 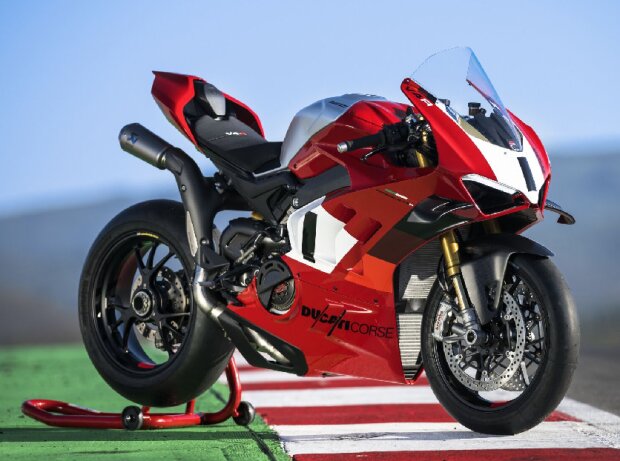 Ducati Panigale V4R: The 2023 version already has over 240 horsepower in the series Enlargement

This is not good news for Yamaha and Kawasaki. As things stand, Toprak Razgatlioglu and Jonathan Rea will have to continue what they have been doing for the past two years. I don’t see much room for further progress with Yamaha or Kawasaki to be honest.

Ducati delivers again. Even the production model is said to have more than 240 horses. Is the Superbike World Championship threatened once again by the dominance of one rider and one manufacturer? The grades are good. Or rather bad if you want exciting racing.

Is there a threat of boredom in the Superbike World Championship?

If there were to be a combined minimum weight or some other form of punishment, it would certainly have a bad taste. It’s not a good sign to slow down those who are better off than their rivals. Why don’t Kawasaki and Yamaha come out with better bikes? The drivers are undoubtedly world championship level, but depending on the track they are fighting with blunt weapons. 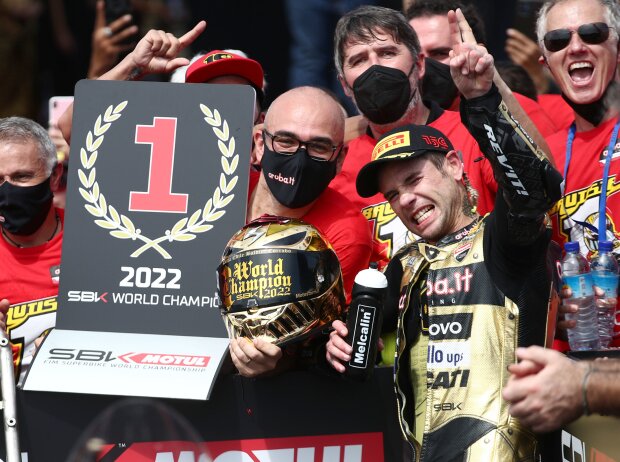 I am curious to see what ideas the WSBK managers will present for the future. Until then, Bautista and his team can celebrate the success of the ongoing season. He is a deserved world champion.

Would you agree with that? Let me know what you think on Facebook below “Sebastian Fränzschky – Motorsport-journalist” S. There you will find my texts, insider information, opinions and evaluations on current topics. And of course the opportunity to discuss this column!