German scientists have discovered that viral RNA sequences in our genetic information lead to interferon-driven autoimmunity. You can read what this means for autoimmune diseases here.

The innate immune system fights against infectious agents. Interferon alarm plays a major role in this. However, if it forms uncontrollably without infection, it can lead to an autoimmune disease. Scientists from the University Hospital Bonn (UKB) and the Technical University (TU) Dresden investigated the underlying mechanism using the example of Aicardi-Goutières syndrome and decoded the driving force behind uncontrolled interferon production. The study was published in the journal Journal of Experimental Medicine released

If our innate immune system recognizes the viral genetic information using sensors, the alarm messenger type I interferon, a powerful activator of immune cells, is produced. If the mediator substance is produced too much or for too long, the overactivated immune system attacks healthy cells. Moreover, the viral genetic information to the sensors looks mostly like our own DNA and RNA genetic material. There are safety mechanisms in every cell that prevent false recognition of its own genetic material. If they fail, interferon production occurs without viral infection.

This sterile infection can activate the innate immune system. The result is, for example, collagen diseases such as systemic lupus erythematosus (SLE). “Diseases such as lupus are difficult to study because many genes are involved. However, the mechanism of interferon production due to the recognition of the cell’s own nucleic acids also occurs in rare monogenetic autoimmune diseases and can be attributed to a genetic defect,” says Prof. Rayk Behrendt, head research group of the Institute for Clinical Chemistry and Clinical Pharmacology at UKB.

The recognition of DNA and RNA in cells is coupled

A research team from the medical faculties of the University of Bonn and TU Dresden took advantage of this and took a closer look at Aicardi-Goutières syndrome in a mouse model. This interferon-induced monogenic autoimmune disease is caused by inactivating mutations in genes that degrade the cell’s own nucleic acids, preventing the activation of innate immune system sensors. One of these genes is called SAMHD1 – it regulates DNA replication and repair in the cell nucleus. As a result, DNA was previously thought to drive the disease in those affected. 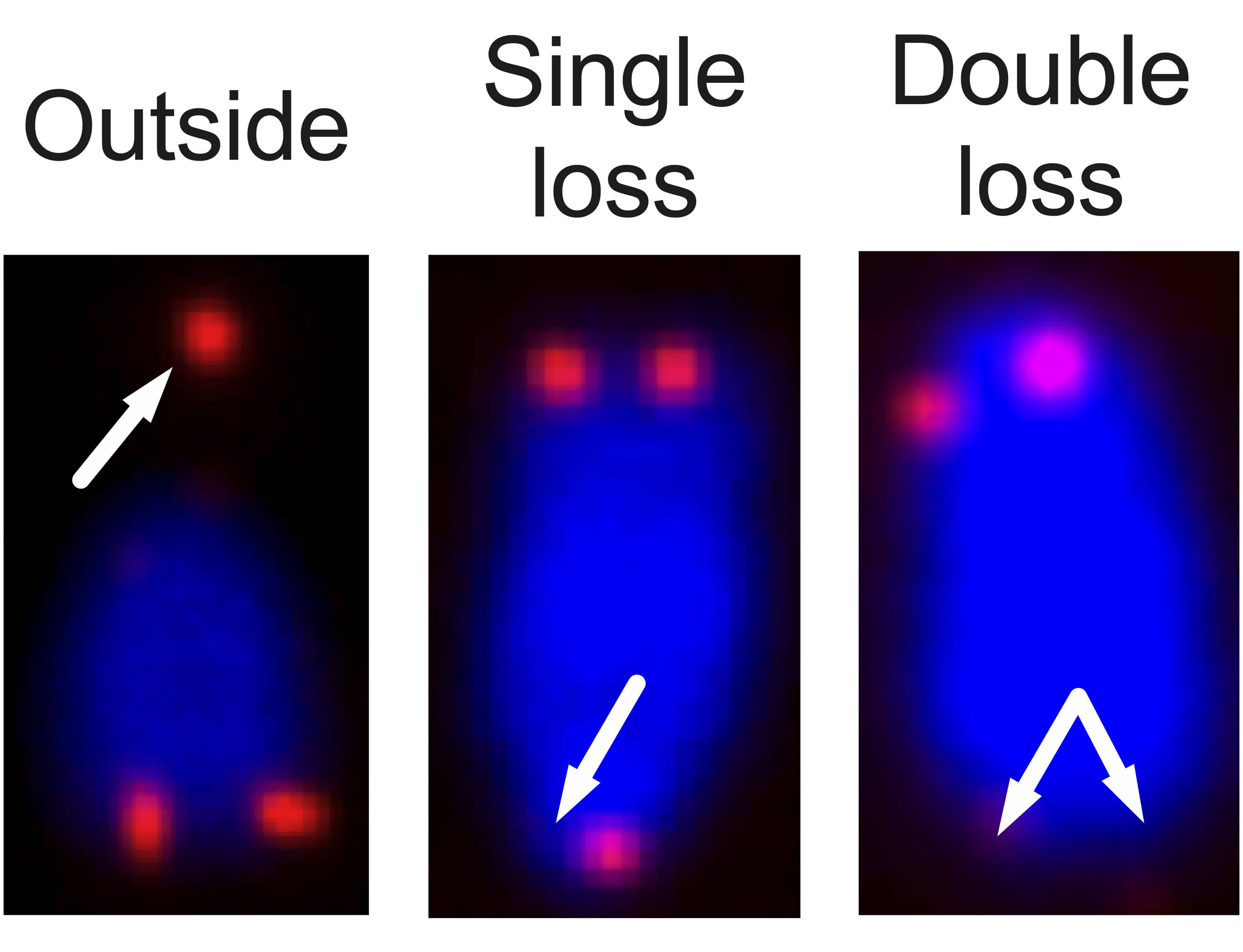 Abandoned or missing telomeres in cells lacking SAMHD1 demonstrate a form of DNA damage that occurs when the protein is lost but does not lead to activation of the innate immune system. Credit: Lina Muhandes.

“However, we have now shown that, contrary to previous expectations, the recognition of the cell’s own RNA is the driving force behind the uncontrolled production of interferon,” says Prof. Behrendt. “It looks like the RNAs from viruses encoded in our genome play a particularly important role. These sequences make up about 40 percent of our genome.”

But how is it that DNA in SAMHD1-deficient cells was long thought to activate the interferon system? It has long been known that healthy cells always produce some interferon (tonic interferon signaling). As a result, many of the gene products that cause viral defenses are always present at low concentrations and can turn on the immune response. This includes many nucleic acid sensors, such as those that detect RNA in the cytoplasm.

The research team observed that tonic interferon is activated through the DNA sensor cGAS, i.e. by recognizing the cell’s own DNA, the carrier of our genetic information in the cell nucleus. If this DNA sensor is turned off, cells are not only blind to DNA, but also to the cell’s own or viral RNA. Because lack of tonic interferon also reduces the number of RNA sensors. “So if you disable the DNA sensor cGAS in SAMHD1-deficient cells, it looks like the DNA is triggering the disease because the interferon is gone. In fact, the cell simply can’t see the cell’s own unnatural RNA anymore,” says Dr. Tina Schumann, a post-doc at the Institute for immunology at TU Dresden.

What do endogenous retroviruses do in our cells?

In order to develop new approaches to therapies, the causes of this type of sterile inflammatory disease must be better understood. Lack of SAMHD1 appears to be one of the drivers for the formation of cancer cells. The Bonn researchers therefore want to clarify why RNA from endogenous retroviruses accumulates in SAMHD1-deficient cells. They also want to find out what activates cGAS in healthy cells, triggering the basic immune system warning that is so vital to us.

This article is based on a Press release University Hospital Bonn. We have linked the original publication here and in the text.