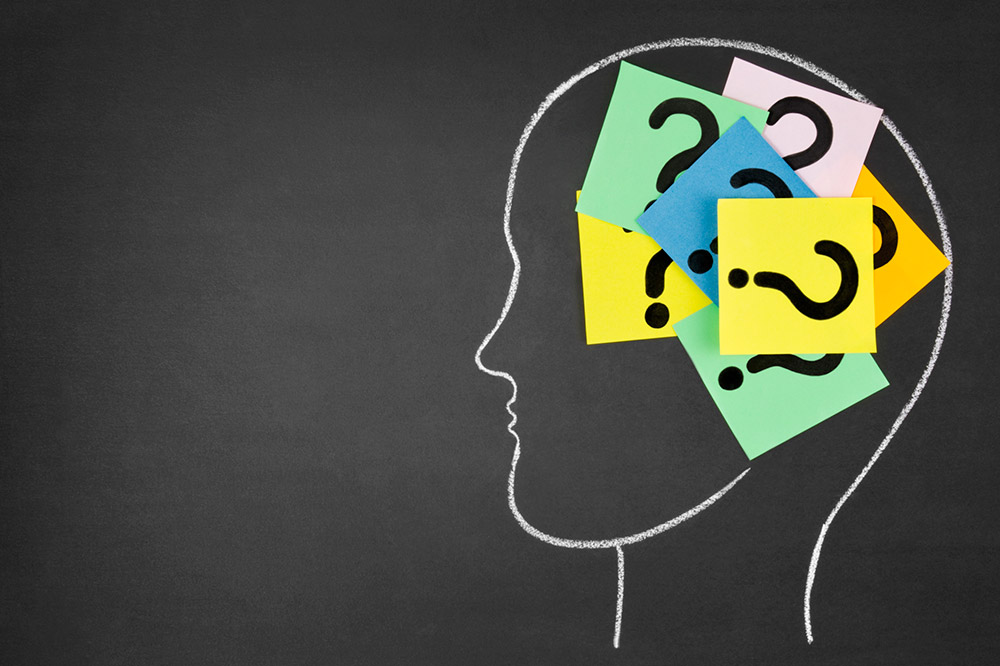 Strikingly similar: Misfolded amyloid beta and tau proteins can also accumulate in the brains of people with Down syndrome. As in Alzheimer’s dementia, these plaques can transfer their misfolding to other proteins—they are prions, as infectivity tests with cell cultures have now shown. This could explain why people with trisomy 21 often develop dementia early. Although Alzheimer’s and this dementia with Down syndrome have completely different causes, the neurodegenerative mechanisms in the brain appear to be similar.

In the course of Alzheimer’s dementia, the nerve cells in the brain die, which means that the mental abilities of those affected become progressively worse. The disease is triggered by misfolded amyloid beta (Aβ) and tau proteins that accumulate in the brain as plaques and fibrils and disrupt communication between nerve cells. These misfolded proteins are now classified in Alzheimer’s patients as prions, i.e., infectious proteins that can force normal proteins into the same misfolded shape.

Prions also in Down syndrome?

However, Alzheimer’s disease is not the only neurodegenerative disease in which misfolded proteins are involved: the form of dementia that is common in people with Down syndrome could also be caused by such prions. About half of all people with trisomy 21 suffer from a progressive breakdown of brain cells similar to Alzheimer’s after age 40. And they also form plaques and fibrils from amyloid beta and tau proteins. However, it was previously unclear whether these proteins could transmit their misfolding.

For their study, the researchers, led by Carl Condell of the University of California, San Francisco, therefore looked more closely at the infectious potential of protein plaques in Down’s dementia. To do this, they isolated amyloid and tau proteins from brain tissue samples from 28 deceased people with Down syndrome and 14 samples from healthy controls. They added the resulting protein solutions in various dilutions to human cell cultures.

Transmissible malformation also in down dementia

The result: “With few exceptions, we measured strong infectivity of amyloid beta and tau prions in almost all samples from Down syndrome patients,” Condello and her colleagues report. The misfolded proteins from the tissue samples also caused the amyloid beta and tau proteins of previously healthy cell cultures to misfold. “This confirms that dementia in Down syndrome is a double prion disease like Alzheimer’s,” the team said.

In another test, the researchers compared the infectivity of prions from brain samples from 26 Down syndrome dementia patients with those from people with genetic early-onset Alzheimer’s dementia. Cell culture assays showed comparable rates of transmissibility for misfolded amyloid beta and tau proteins. “Together, these data provide unequivocal evidence that Down syndrome, Alzheimer’s disease, and familial Alzheimer’s disease produce amyloid beta and tau prions, although they have very different causes,” the researchers said.

Explaining the tendency to dementia in trisomy 21

The study also confirms a common hypothesis about how Alzheimer’s disease develops in the brain. Accordingly, misfolded beta-amyloids appear early in the course of the disease and then initiate the formation of misfolded tau prions. “Consistent with this notion, we found robust levels of beta-amyloid prions but insignificant levels of tau prions in the two youngest individuals with Down syndrome (19 and 25 years old),” the researchers report.

The fact that the disease starts from amyloid prions could explain why people with Down syndrome develop dementia so often: The gene for amyloid beta proteins is located on chromosome 21, which people with Down syndrome have in triplicate. As a result, they produce significantly more beta-amyloid than neurotypical people, putting them at greater risk of developing harmful protein plaques early in life.

By learning more about the course of Alzheimer’s disease from people with Down syndrome, scientists benefit from one thing in particular: in trisomy 21, increased concentrations of prions can be detected at an early age. According to Condell’s colleague Stanley Prusiner, it is often difficult for people with Alzheimer’s to distinguish which changes in the brain are due to age and which to prion activities.

According to Condell, this could help people with Down syndrome learn more about how Alzheimer’s develops, and perhaps find a drug that can prevent the disease from developing in the first place. (Proceedings of the National Academy of Sciences, 2022, doi:10.1073/pnas.2212954119)

Quelle: University of California – San Francisco, Proceedings of the National Academy of Sciences