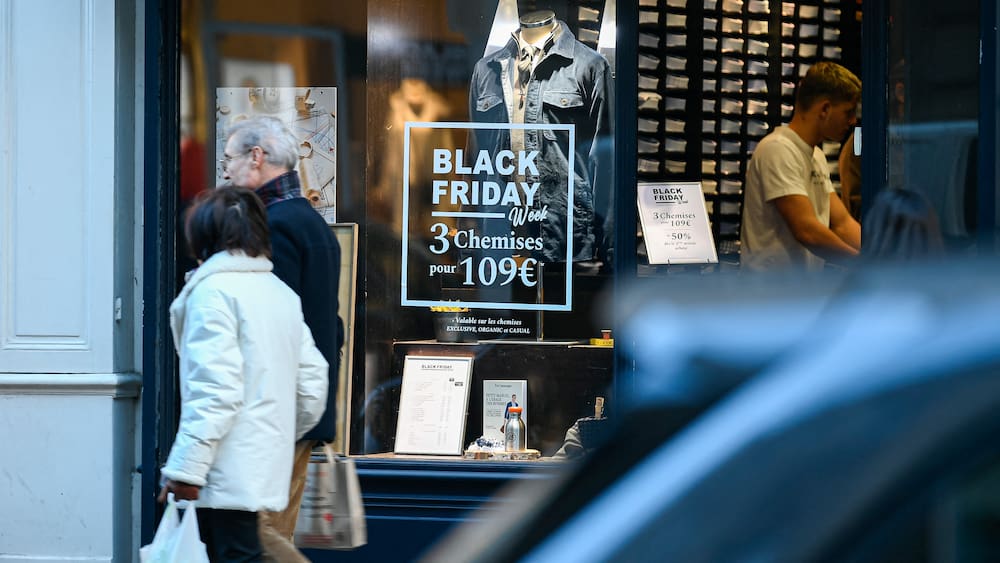 Black Friday is just around the corner. But which products are most in demand?

Black Friday is just around the corner. Many companies have planned slightly more discount events than last year, they say when asked. For others, the number of discounts is roughly comparable, but the campaign period lasts longer, some offer more discounts for a longer period of time.

While many distribute targeted discounts, some simultaneously reduce prices for the entire assortment. Some have new events prepared every day for the whole week, others discount the assortment only on Black Friday itself.

However, retailers are somewhat more homogenous when it comes to the most popular bargain day items. “Experience has shown that electronics are very popular on Black Friday,” says mall spokesperson Glatt. And this is confirmed by all sellers who have such products in their range.

They expect to buy devices such as computers, laptops, screens, headphones, mobile phones, cameras, sports watches or even game consoles with great pleasure. And a spokesperson for Microspot and Interdiscount says: “Given the combination of Black Friday and the start of the World Cup, we also expect above-average demand for TVs.”

Sellers also anticipate very good sales of toys and children’s supplies. “Many customers are sure to take the opportunity to buy their first Christmas gifts, such as children’s toys, at the new Lego Store, which opens the day before Black Friday,” spokeswoman Glatt said.

According to the Brack.ch spokesperson, the situation in the supply chain has now improved significantly compared to a year ago. “We don’t expect any disruptions in delivery. Due to the situation on the market for raw materials, only wooden toys could be delayed,” he says.

In general, most merchants are fully stocked or at least say they are better stocked than they were in 2021. The disappointment of missing out on bargains shouldn’t be entirely absent. “However, as with all our special offers, Black Friday campaigns are: it’s as long as it’s here,” says Aldi’s media office – and this rule also applies to other retailers who have been asked.

But are the supposed bargains on Black Friday really real? Or is the good faith of consumers being abused? At least by law, retailers are not allowed to artificially raise prices in order to offer bargains on Black Friday. “Face-to-face discounts are illegal because of the price disclosure regulation, although there are always black sheep,” explains Patrick Kessler, CEO of the Swiss Trade Association.

Sometimes you can’t get a good deal

But you can also entice customers to buy without outsmarting them. According to Kessler, for example, Black Friday is often enough. “There are companies that only write Black Friday on it, but they don’t write anything: the only thing that counts is the psychological effect.” It therefore advises consumers to compare prices. You will quickly see whether it is really a good purchase or not.

Retail expert Gotthard Wangler also recommends that consumers specify exactly what they want to buy. Because even if the items are cheap, you may not get a good deal because you may not need the things you bought. “But if consumers really only buy what they need on Black Friday and don’t get carried away, they can get real bargains,” he says. (SDA, what)

It’s that time again on November 25: Black Friday, the biggest shopping day of the year, beckons with unbeatable discounts and great deals on consumer electronics, fashion, homeware, furniture and much more.

In order not to miss the chance to get the best bargains, here is an overview of the best vouchers and discount events in Swiss online retail.

It’s that time again on November 25: Black Friday, the biggest shopping day of the year, beckons with unbeatable discounts and great deals on consumer electronics, fashion, homeware, furniture and much more.

In order not to miss the chance to get the best bargains, here is an overview of the best vouchers and discount events in Swiss online retail.